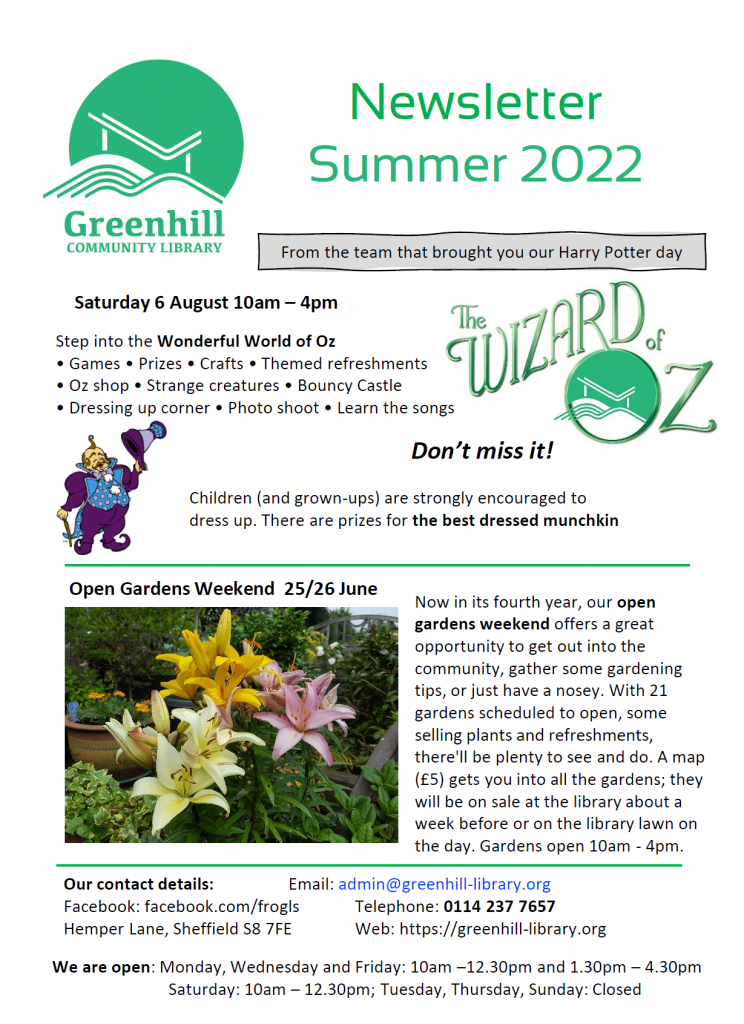 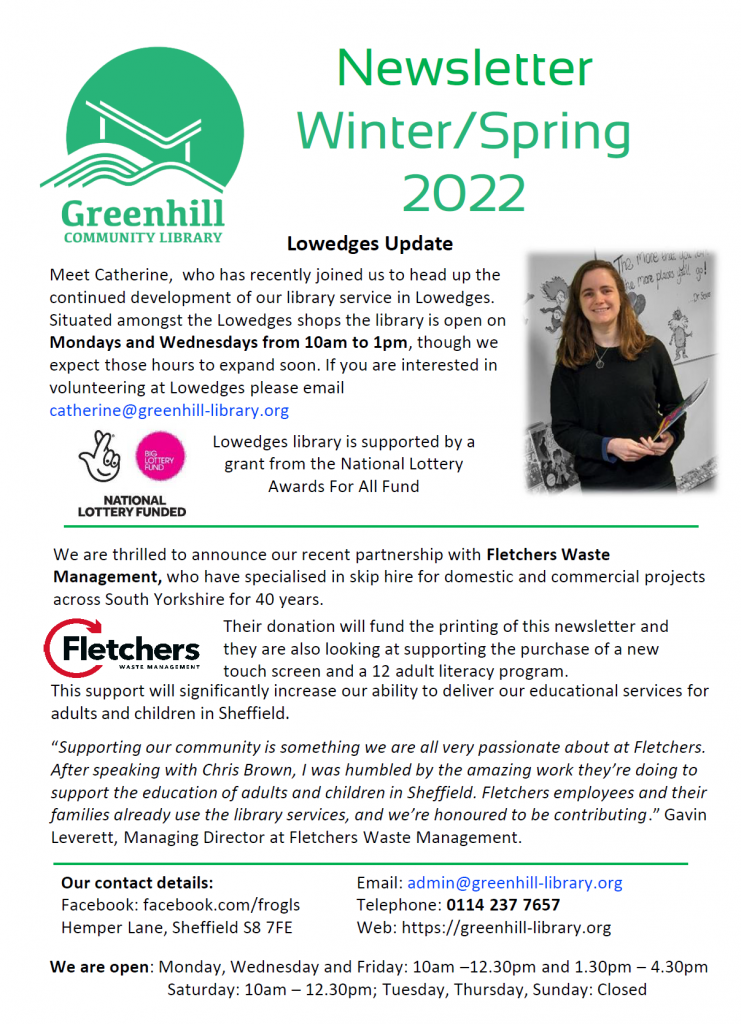 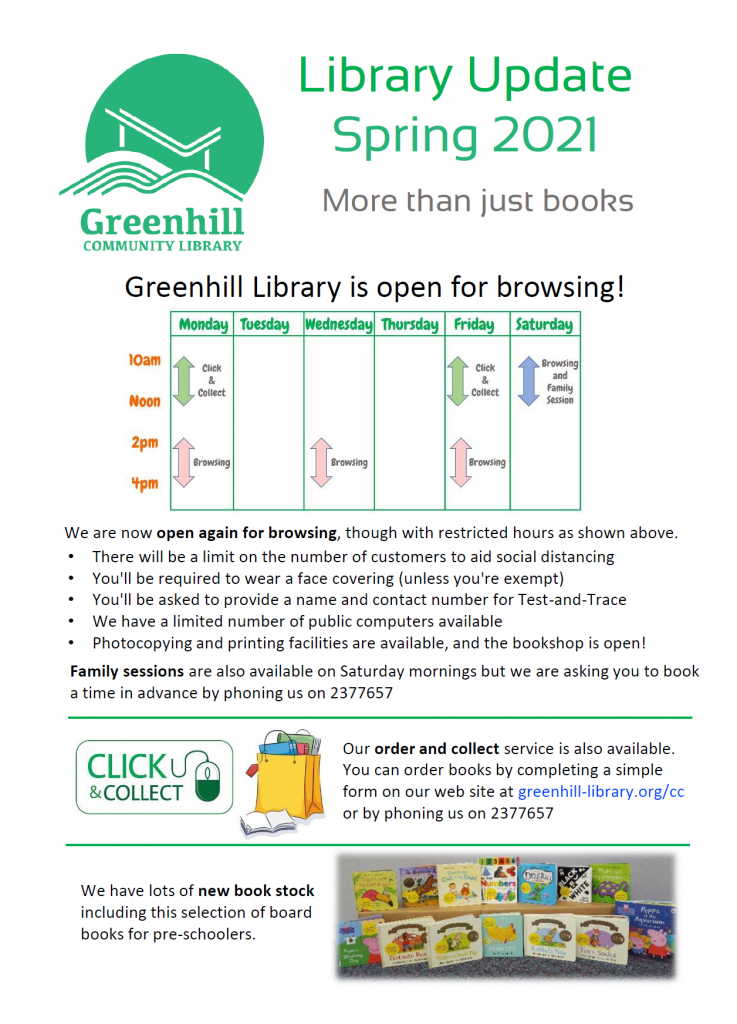 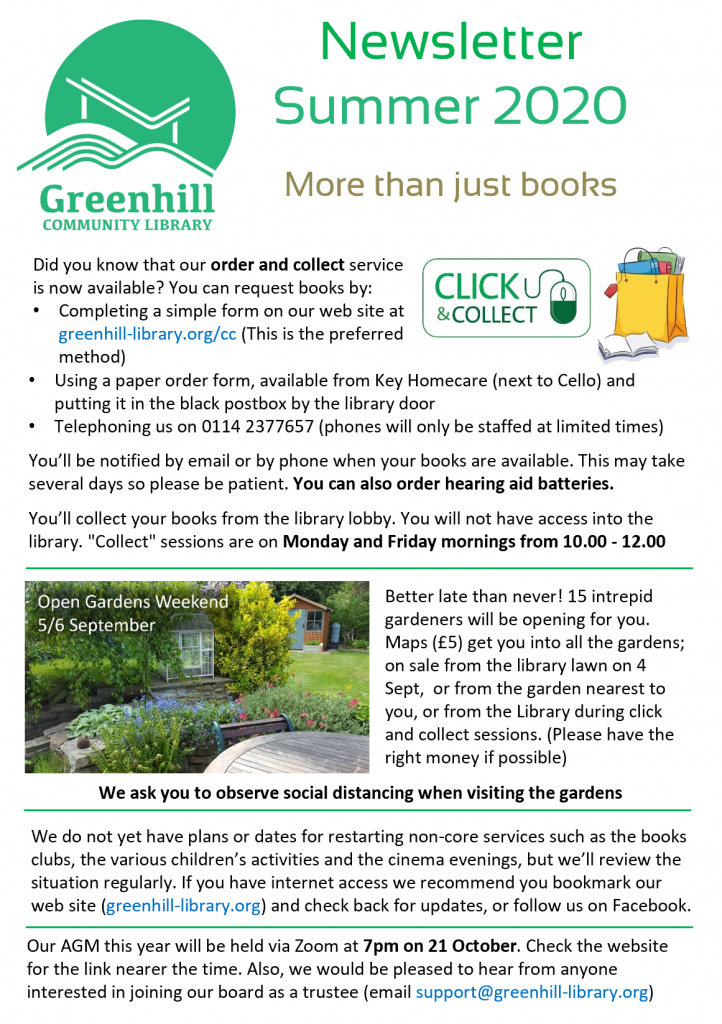 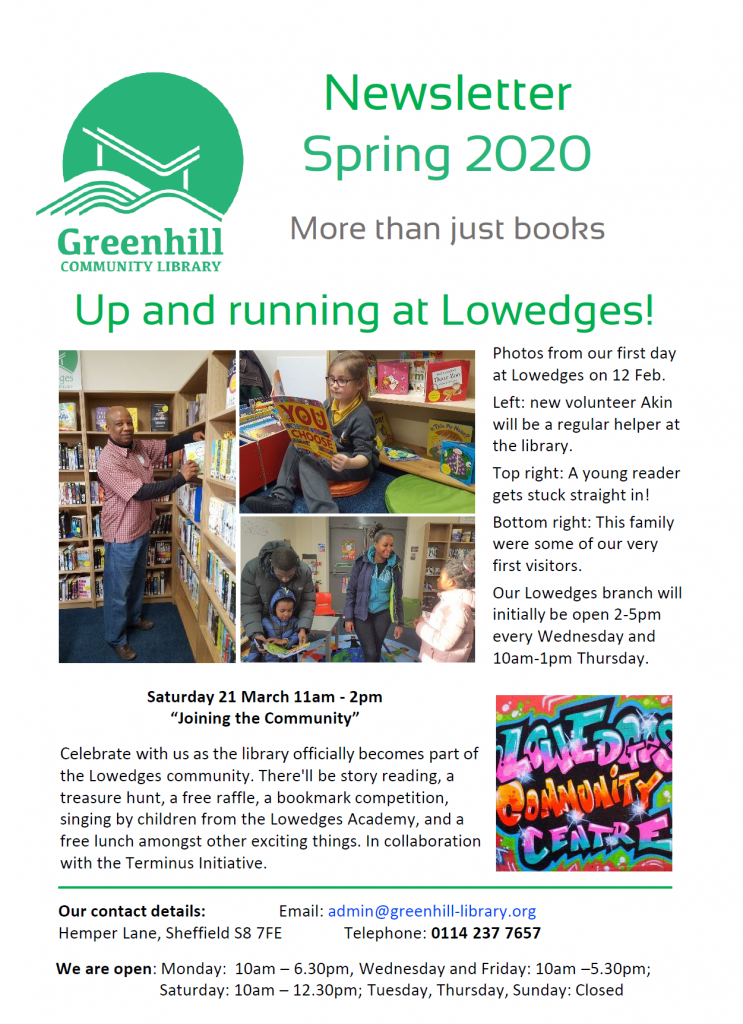 Family Cinema: The Wizard of Oz 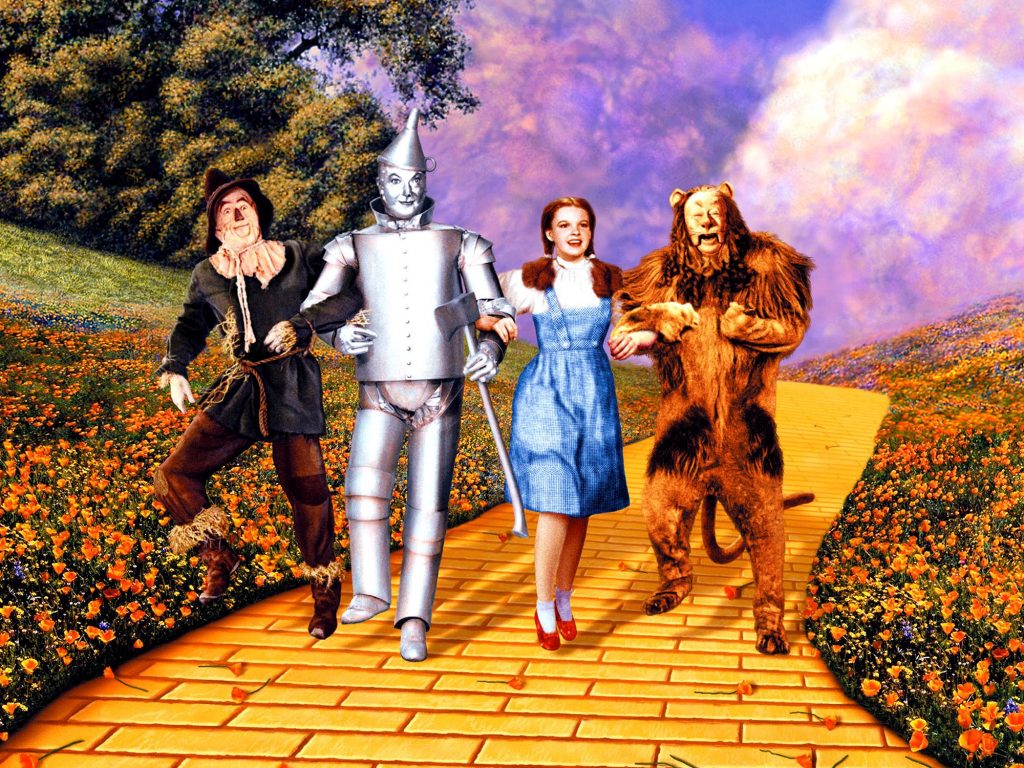 Saturday 6 August at 6.30pm
The Wizard of Oz

To round off our “Oz” day in the library we’re showing the iconic movie from 1939, reckoned to be the most watched film of all time. With songs such as “If I only had a brain”, “We’re off to see the Wizard”, and of course “Somewhere over the Rainbow” this is a movie that all children should see.

You can book online using this link, or ask the wizard for a ticket during the day. 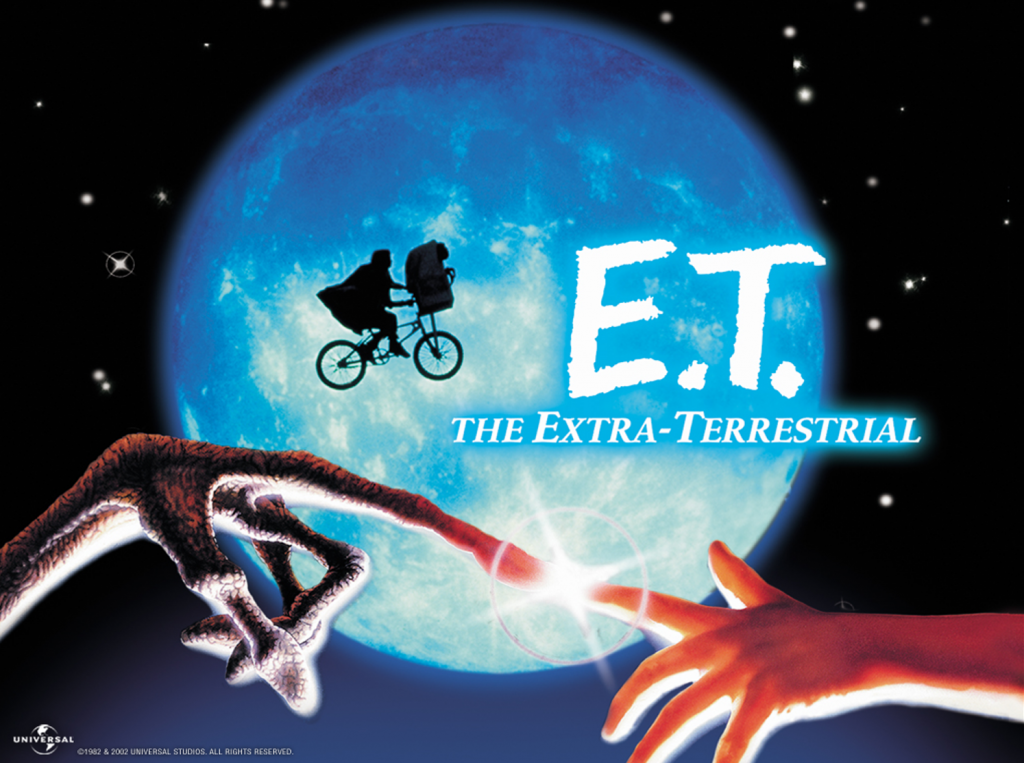 Spielberg’s classic 1982 family adventure. After a gentle alien becomes stranded on Earth, he’s befriended by a young boy named Elliott. Bringing the extraterrestrial into his suburban California house, Elliott introduces E.T., to his brother and his little sister. Soon, however, E.T. falls ill, resulting in government intervention and a dire situation for both Elliott and the alien.

Some scary scenes; not suitable for very young children.

This is a free showing. (You may make a donation when you visit.) To be sure of a place please book ahead using this link. 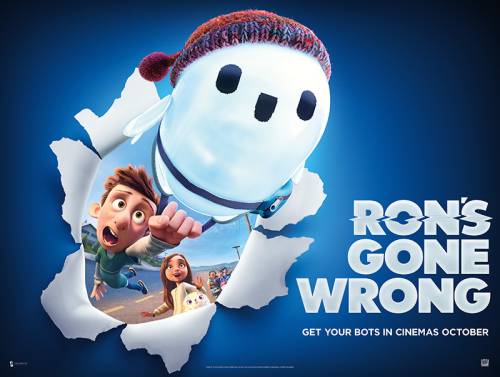 The story of Barney, a socially awkward middle-schooler and Ron, his new walking, talking, digitally-connected device. Ron’s hilarious malfunctions set against the backdrop of the social media age, launch them into an action-packed journey in which boy and robot come to terms with the wonderful messiness of true friendship.

This is a free showing. (You may make a donation when you visit.) To be sure of a place please book ahead using this link.

Greenhill Between the Wars

WW1 – looking around the heart of the village now seeing the original stone built cottages, it isn’t hard to picture how the interior of these would have looked way back in the early 1900’s. Forget lighting the gas or flickering a switch to turn on the light. Cooking and baking would have been done in an oven heated by a coal fire – most probably a Yorshire Range. Lighting would be achieved by the use of paraffin lamps.
The community spirit already in existence stepped up space for the survival of the village during this conflict.
WW2 – progress as to facilities in village life had improved somewhat but the community spirit remained the same. Added to which, a new modern housing estate had been developed between the wars. Not for those living in these new homes was it necessary for a trip across the yard to the privy or filling the tin bath with pans of water heated over the fire. No, these new homes had the luxury of bathrooms and indoor privies.
However, the devastation caused by this war cannot be mitigated by improved living standards.
Number 63 Greenhill Avenue suffered a direct hit, killing the son of the house. It is believed the father, a deeply religious man, relied that his faith in the Lord would keep him safe and indeed, it probably would have had the family moved into a shelter.
A further bomb dropped, this time causing devasting damage at number 4 Humphrey Road. Fortunately, the occupant, Mr Ken Crookes, was safe in the shelter. On emerging from the shelter, and despite the damage to his property, he saw that a light had been left on. This was dangerous so he picked up a stone and threw it, not aiming at the light bulb, but at the light switch which the stone successfully hit, thus turning the light off. Despite the fact that his home had been devastated, he was delighted not to have smashed the light bulb!
Christine Williamson 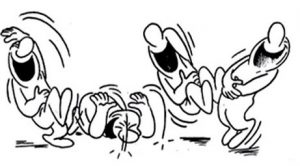 Join Wayne Ashton as he explores the healing power of laughter and its importance to our physical and mental wellbeing, and attempts to prove that “laughter is the best medicine”

Book online at greenhill.bookwhen.com or pick up a ticket in the library. 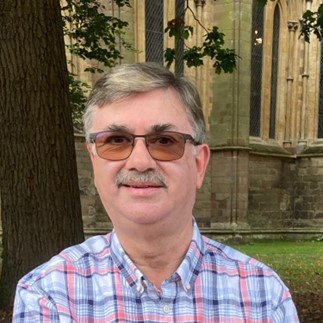