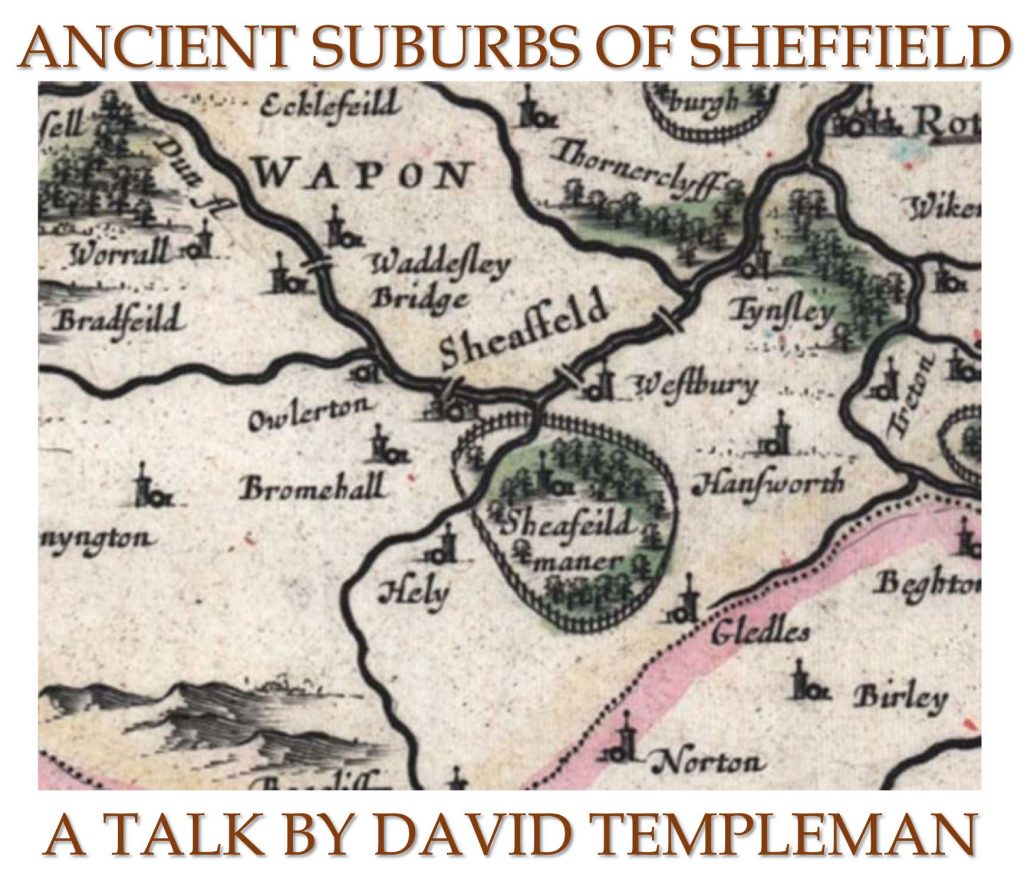 It would be too unwieldy to look at all of Sheffield’s ancient suburbs but in this talk we concentrate on some of the oldest dating back as far as the Domesday book (1086). A fascinating insight into some household names such as Attercliffe, Darnall, Heeley, Fulwood, Crookes and more.

Join David  as we step back in time to find out the origins of some of Sheffield’s ancient suburbs. Not to be missed.

You can join the meeting using this link. Meeting room opens at 7.15. Talk starts at 7.30