Friday 15 November at 7.30
“How the Tudors Celebrated Christmas”
with Maureen Taylor

We enjoy our Christmases, and so did the Tudors. They involved heaps of fun and ribaldry, but also had a huge element of friendship and commitment to family (no matter how distant), and to charity for those less well off. They sang and drank, made merry, danced, and used their imaginations. There are similarities with our Christmases, but also great differences; find out what they were like. 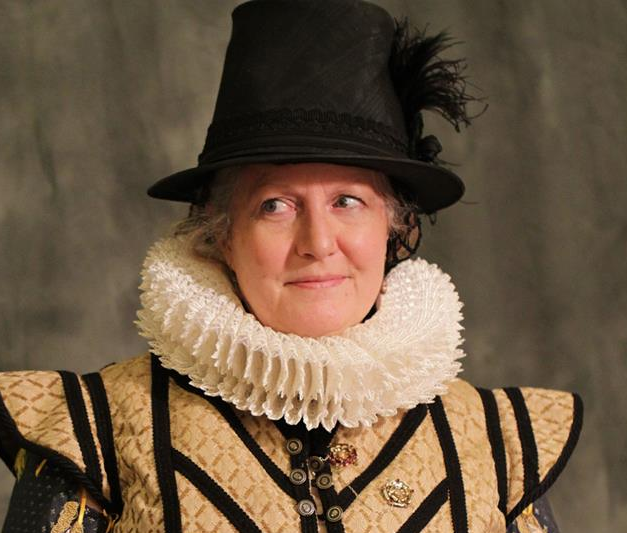 By adminOld Posts
Ever wondered what’s available at our Farmers and Artisan Markets? Click here to take a look at a sampling from our September 2019 event. Thanks to Hannah for the photos.

A Day of Music for Children 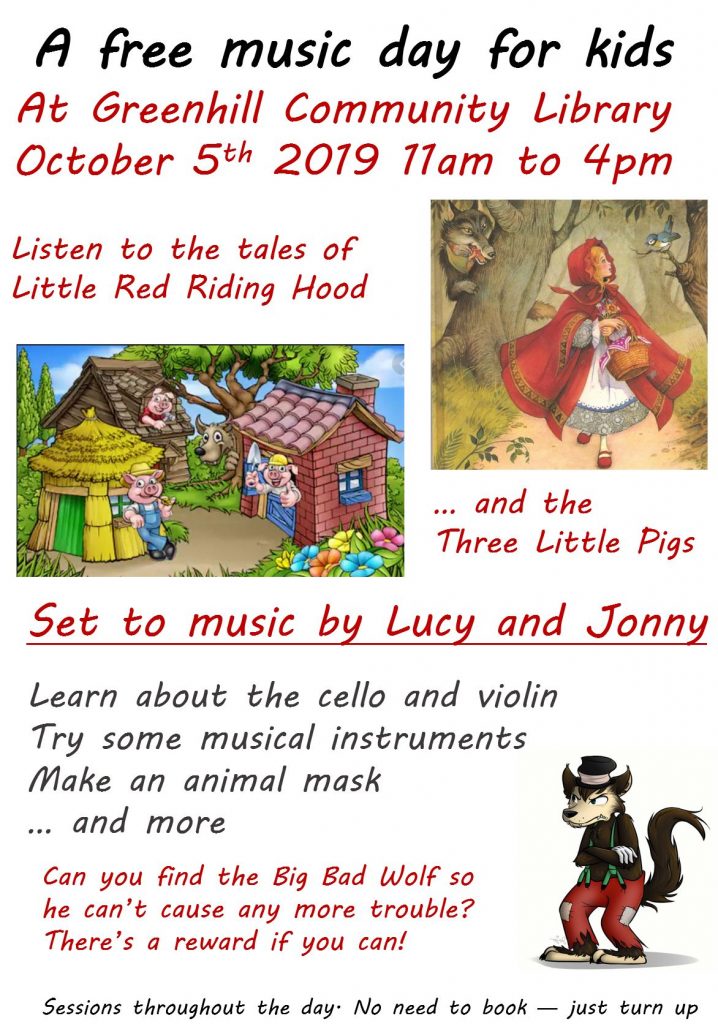 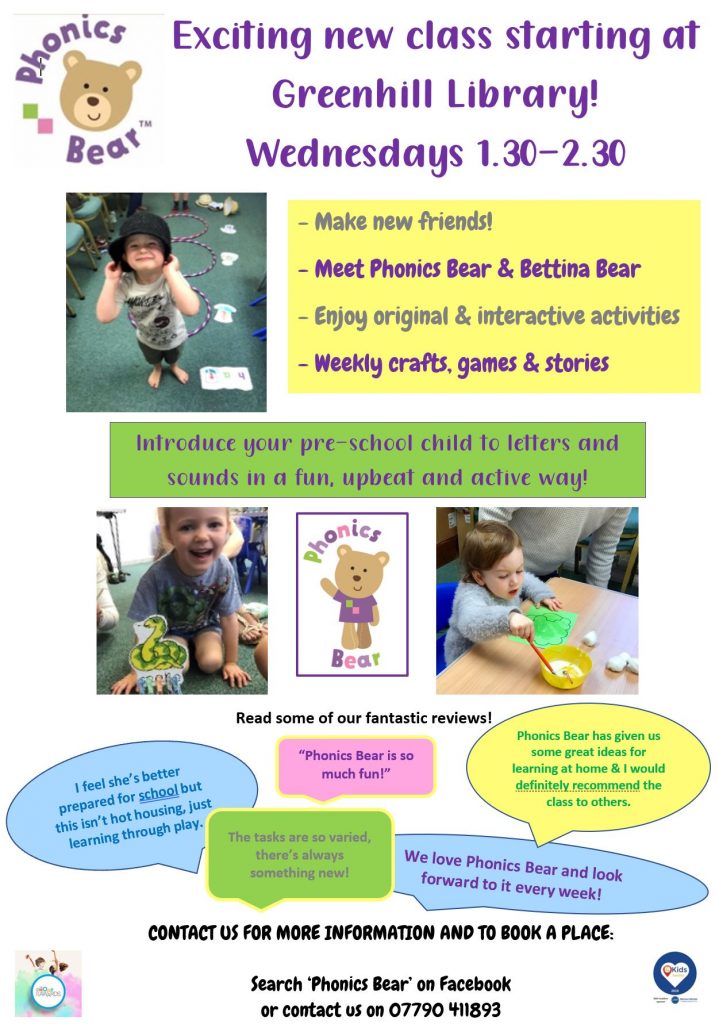 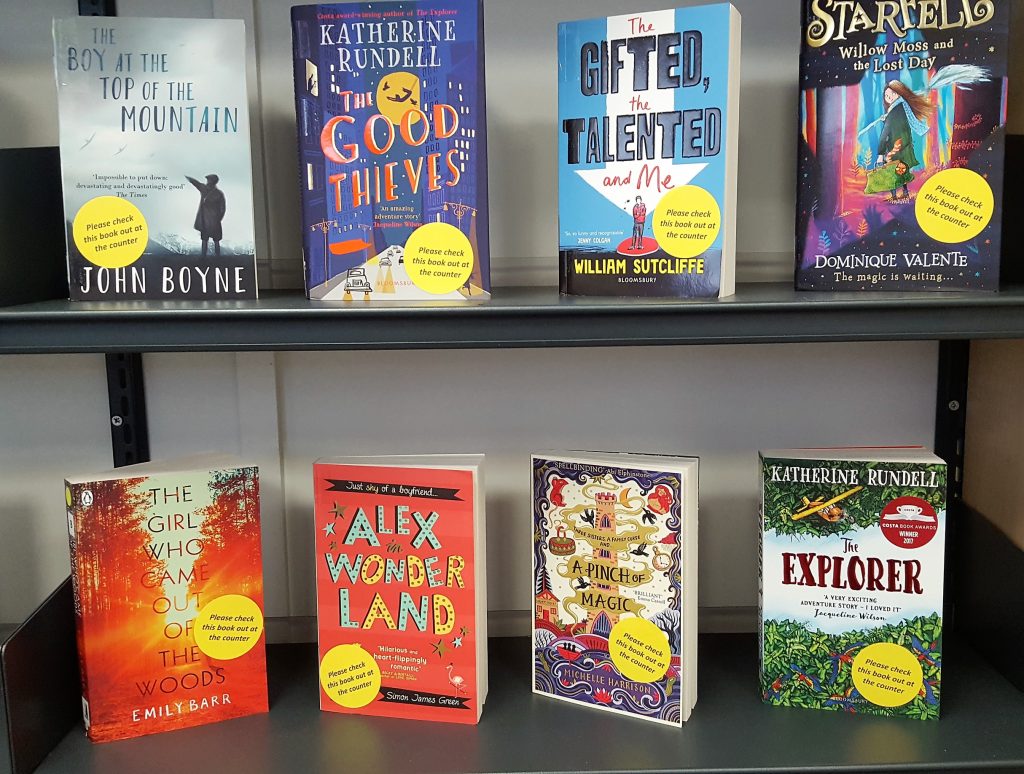 Funded by an award from the Freshgate Trust, our book team has been busy buying yet more books for children. Check out these new titles.

And remember you can browse our entire yellow sticker catalogue at https://greenhill.salcirc.org

The kid who would be king

The Kid who would be King

From Joe Cornish, director of Attack The Block comes this movie about the Arthurian legend. Old school magic meets the modern world in this epic adventure. Alex thinks he’s just another nobody, until he stumbles upon the mythical sword in the stone, Excalibur. Now, he must unite his friends and enemies into a band of knights, together with the legendary wizard Merlin, against the wicked enchantress Morgana. 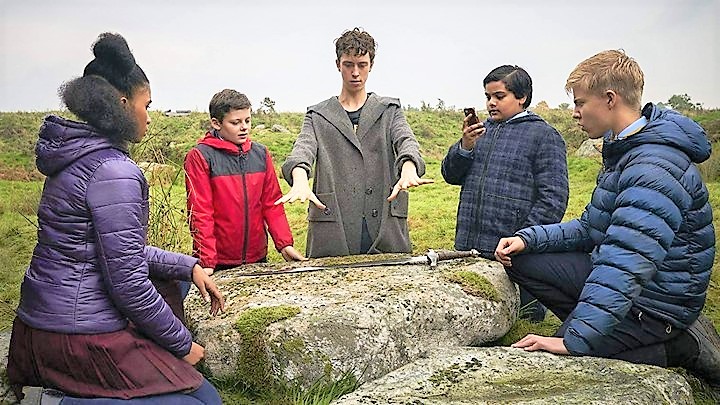 In October we have another movie from Pixar. Determined to make her own path in life, Princess Merida defies a custom that brings chaos to her kingdom. Granted one wish, Merida must rely on her bravery and her archery skills to undo a beastly curse. The film’s voice cast features Kelly Macdonald, Billy Connolly, Emma Thompson, Julie Walters, Robbie Coltrane, Kevin McKidd, and Craig Ferguson. 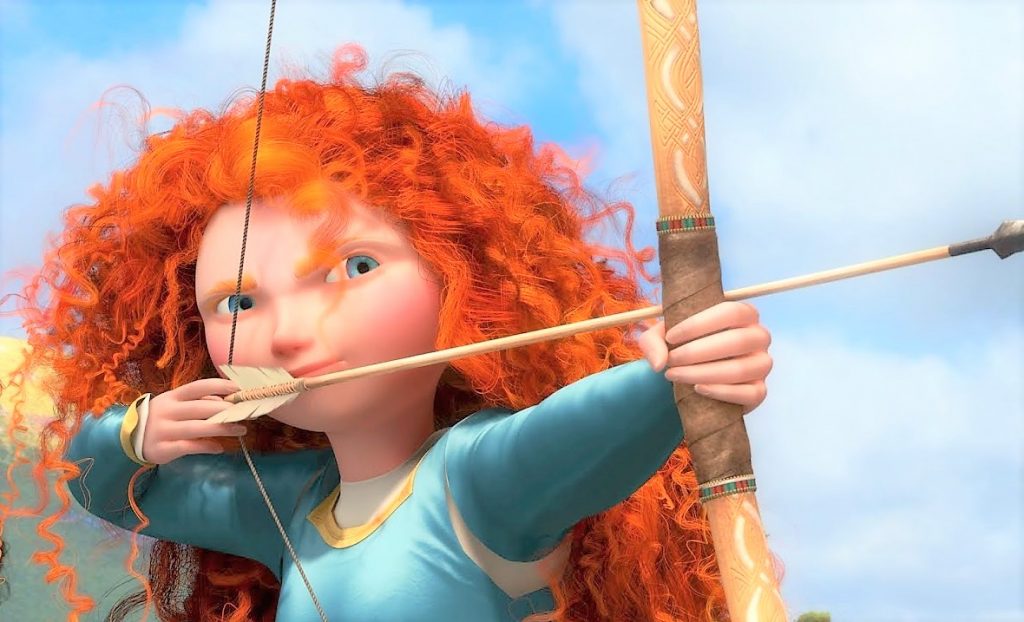 Singin in the Rain

Singin’ in the Rain

Everyone’s favourite musical from 1952. Starring Debbie Reynolds, Gene Kelly and Donald O’Connor, the film shows how a silent film production company and cast make a difficult transition to sound in the rise of the talkies. Described as “perhaps the most enjoyable of movie musicals” by Pauline Kael in the New York, it frequently features on many best movie lists.

Tickets available about a month before the film. A suggested donation of £5 gets you refreshments and a raffle ticket. 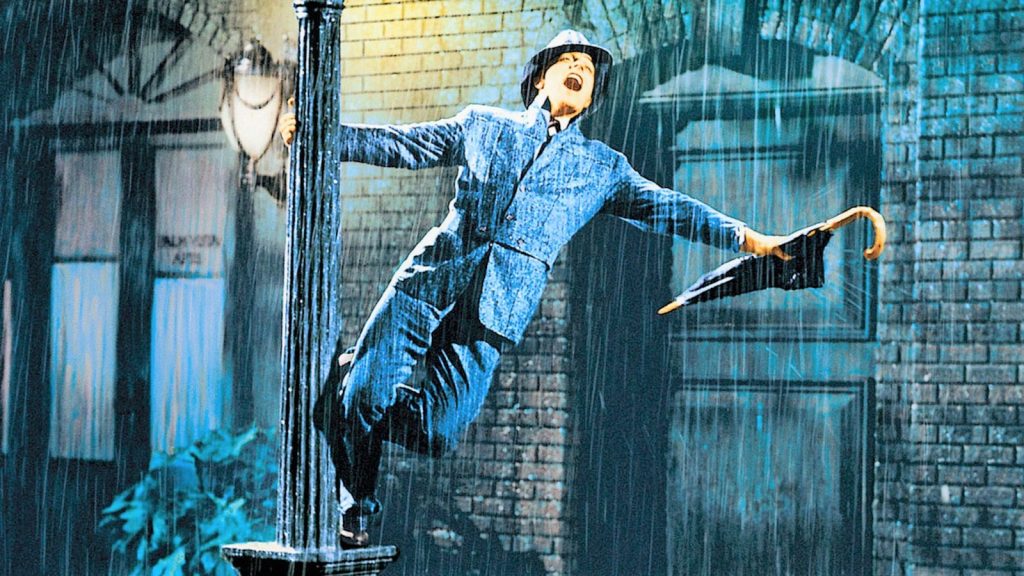 Woody, Buzz and their other toy friends are living with their new owner Bonnie. They are joined by Forky, a spork that has been made into a toy, and embark on a road trip adventure. With the voice talents of Tom Hanks and Tim Allen, and featuring Keanu Reeves as Duke Caboom, the film has received critical acclaim for its story, humor, emotion, animation, and vocal performances. 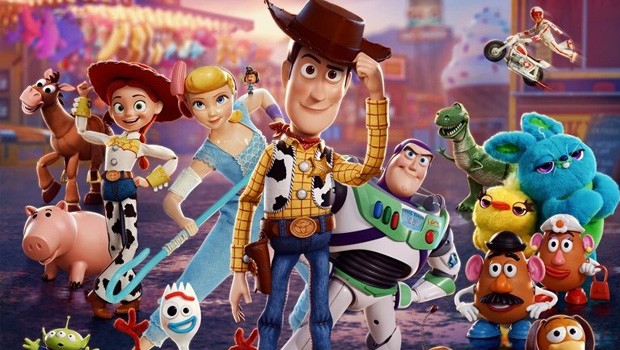 Starring Taron Egerton, Rocketman is a biographical musical film based on the life of musician Elton John. Directed by Dexter Fletcher, the film follows Elton in his early days as a prodigy at the Royal Academy of Music through his musical partnership with Taupin. The film is titled after Elton’s 1972 song “Rocket Man.”

Tickets are selling fast so pick one up now to avoid disappointment. A suggested donation of £5 gets you refreshments and a raffle ticket. Doors open / refreshments 7.00pm, film starts 7.30 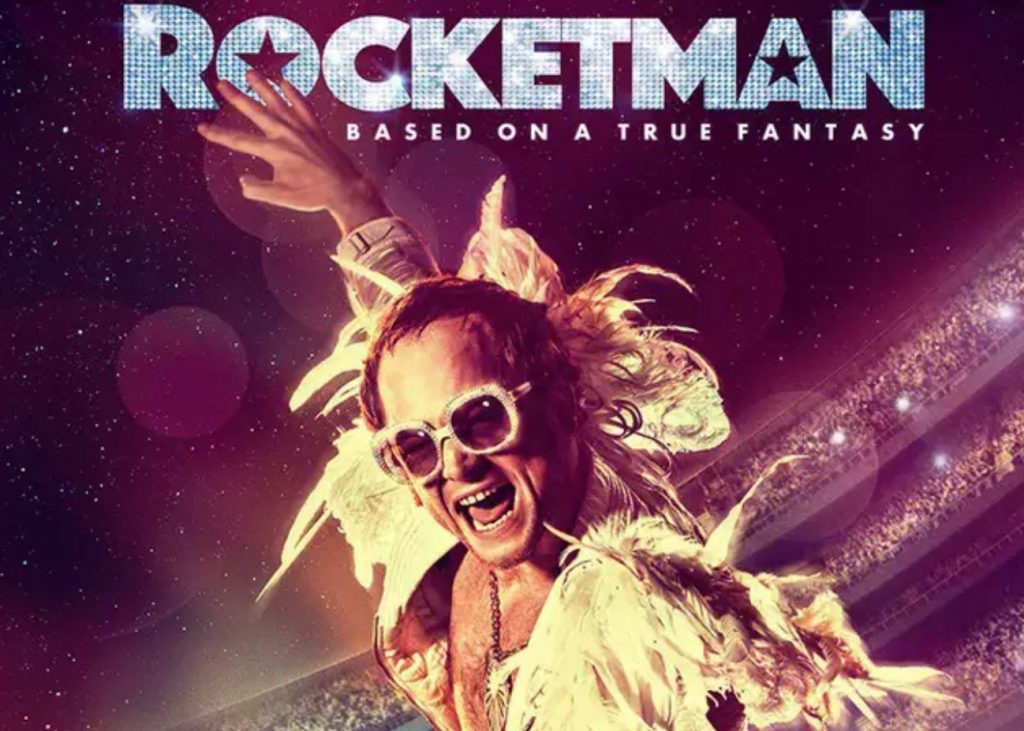